What was/are THE gay bars?

Once the centre of gay culture, gay bars were meeting places that provided safe havens and community centres for LGBTs of all ages. Gay bars have long been important political arenas. Historically were sites for the development of gay culture and political foment. Many of these bars became a historical battleground for gay rights. 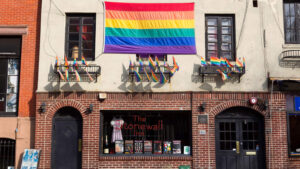 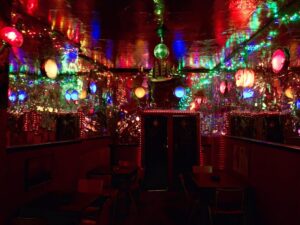 The first gay bar in Europe and probably in the world was open in 1885 in Cannes on the French Riviera with the name Zanzibar and managed to stay operational for 125 years.

Berlin by 1900 was already known for its gay nightlife, but it became prominent in the early 1920s. Schöneberg district around Nollendorfplatz is the first gay village in the world. Famous bars like Eldorado, could be found here; it featured regular performances by Marlene Dietrich, Claire Waldoff, the Weintraub Syncopators and was widely known to be a regular venue for drag queens and transexuals. 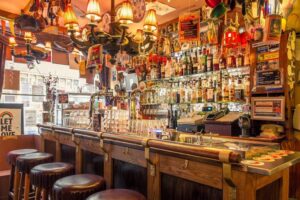 Kumpelnest 3000 is another famous queer bar in Berlin; it all started in 1987 with Mark Ernestus and his idea to design a bar as an art space. The rock-erotic ambience has inspired Karl Lagerfeld and Claudia Schiffer to take a photo session here. The Neues Ufer is a café, bar and exhibition space opened in 1977 in Berlin, under the name Anderes Ufer. With its large windows open to the street, it was the first gay and lesbian café in Europe which could be looked in by passers-by. Tom of Finland and Ulrike Ottinger had exhibitions here, and David Bowie was a regular guest who enjoyed the relaxed atmosphere. 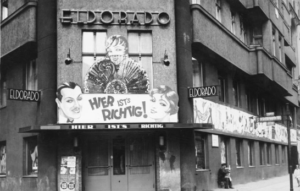 Molly-house was a term used in 18th- and 19th-century Britain for a meeting place for homosexual men. These were clandestine clubs where gay men could meet, drink, dance and have sex with each other. The first club in Britain was The Cave of the Golden Calf in 1912. The homosexuality was decriminalized in the UK in 1967, Soho becoming the centre of the London LGBTQ+ community.

The best known gay bar in Amsterdam was The Empire, was first mentioned in 1911, it was opened until 1933 and reopened in 2008. One of the longest-running gay bars in the world that still exists is Café’t Mandje in Amsterdam, which was opened in 1927 by lesbian Bet van Beeren.

In the USA are many bars that contributed to gay rights. One of the first riots happened in 1959 at Cooper’s Do-nuts in Los Angeles. The 1967 police raid at the Black Cat bar led to a powerful demonstration of 400 people. The most known riot started at Stonewall Riots Inn in 1969 in response to a police raid that began in the early morning hours of June 28, 1969. As the riots progressed, an international gay rights movement was born. 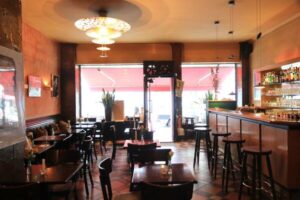 We should not forget that transgender women, among the most marginalized members of the queer community, were often the instigators of the riots. Sex workers, drag queens and transgender women participated in nearly all of the iconic queer uprisings of the era; people like Sylvia Rivera and Marsha P. Johnson are the heroes of these movements.

Gay bars and other LGBTQ+ spaces are historic places of belonging, where queer persons could go to learn and find themselves in community.