The literary scene has not always been welcoming to queer voices. Pushed to the margins, our queer discourses were, until not long ago, carried out through fleeting conversations, through word of mouth, profoundly oral. The birth of the field of queer theory has changed this. We can now write about our experiences and immortalize our memories, and histories, in written text. Our discourses are being carried on through this literature. All five of the recommendations below, published by Bloomsbury, are in constant dialogue with each other. Writing is, to quote the editors of Queer Cities, Queer Cultures, ‘as much a personal as a communal affair’. The texts weave in history, sociology, fiction, testimony, archival material, and more. They carry out their Foucauldian task of seeking meanings of our present queerness through investigations of past queerness, across international borders. None of them pretend to be all-encompassing; they all admit that they are mere starting points for the sheer mass of queer materials still waiting to be discussed. The field of queer theory is still marginal, but the very presence of the books to follow shows that there is interest to expand the hegemonic literary scene. Here are a few of my recommendations.

Morland and Willox’s 2005 anthology of queer cultural criticism introduces itself with the self-referential question ‘What makes theory queer?’. The collected essays which follow all explore, in some way or another, this question of the purpose and the practice of queer theory and criticism. Why is there a need for an academic space dedicated to queer identities, identities which are often born and flourish in spaces outside of the hegemonic world theory, and are rooted in lived experience? Who is this queer theory really for? The anthology includes essays, testimonies, interviews, and short stories, featuring some of the pioneering voices of queer studies, from Marjorie Garber to Eve Kosofsky Sedgewick, Del LaGrace Volcano, and, of course, Judith Butler. What emerges is not a stuffy collection of incomprehensible, ‘hard’, theory, but a wider cultural palimpsest that sits on the cusp of academic discourse and lived experience. We are given insight into an array of queer experiences, such as an interview with Cherly Chase on intersex identity and discrimination in the healthcare system to William J. Slurpin’s analysis of Princess Diana as a ‘gay icon’, as well as discussions of body politics, queer historiography, and activism during the AIDS epidemic. The voices represented in the anthology establish, as Mandy Marck acknowledges in the afterword, a ‘perpetual dialogue between sexual identity and its critique’.

Queer Theory can be found here 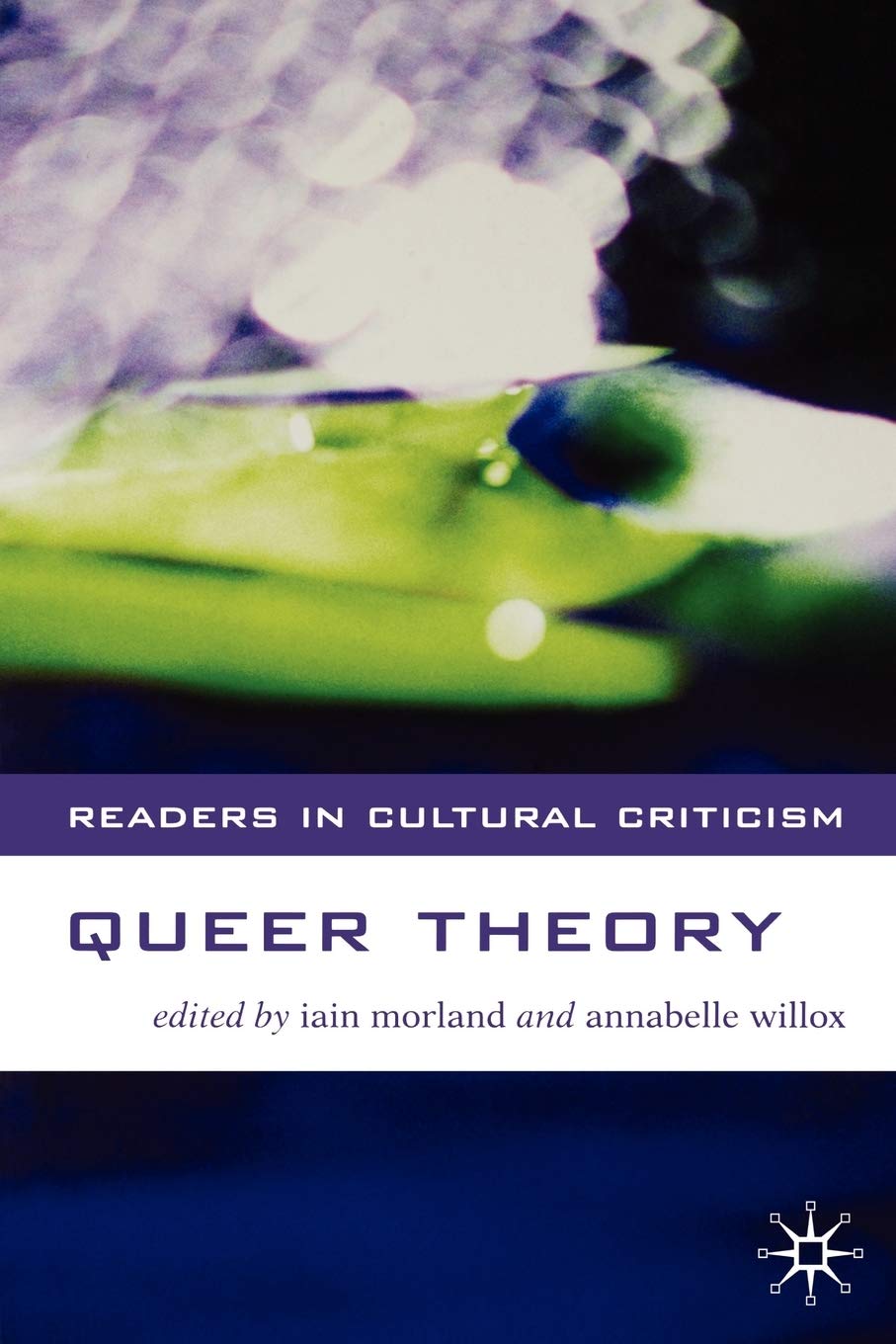 In the Pre-Internet Era, it was zine culture which united queer voices in their mutual task of building their communities and sub-cultures. Queer Print in Europe takes us through an odyssey of archival material, personal print collections, conversations, and fragments, tracking the history of print cultures and literary spaces in Europe from the 1970s to the modern day. It is divided into three sections, discussing the community building practices within these queer literary spaces, then moving on to explore the ins and outs of the process of opening queer bookshops, as well as editing, printing, and distributing queer publications, before ending with a musing on how these literary communities adapted across time, and interacted with other communities across national borders. The book does not limit itself to newspapers and magazines, but equally embeds discussions of books, journals, magazines, Tlyers, manifestos, posters, and pamphlets, giving us a self-described ‘taster’ of the rich history of the written word in European queer communities. We move from France, Italy, and the UK to Poland, Slovakia, Sweden, and beyond. The collection of essays constantly keeps us on our feet, mirroring its subject matter in this respect. As stated by its editors, ‘queerness has always existed as innuendo, gossip, fleeting moments’. In the same vein, queer literary publications are objects ‘designed to be transient’.

Queer Print in Europe can be found here 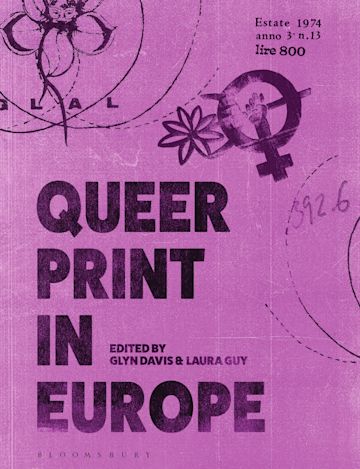 Matt Cook and Jennifer V. Evans’ 2014 study carries on this European geographical focus as it tracks the changes, spurred on by a range of political regimes and traditions, of queer urban spaces in Europe. Questions of the methodology of queer history-recording are brought to light once more, but the volume nevertheless works through a nuanced academic lens, with contributions from sociologists, activists, insiders as well as outsiders in these queer European cities. Moving past the tired narrative of Western European metropoles as a ‘safe haven’ of sorts for queer individuals coming from less ‘progressive’ places, the volume’s contributors instead celebrate, as well as criticize, when need be, the process and implications of the formation of queer cities. They acknowledge that different parts of the social fabric experience cities differently; Florence Tamagne’s chapter ‘Paris: ‘Resting on its Laurels’?’ for instance examines the Parisian Marais queer neighborhood from the perspective of POC French people, highlighting the deflating, and occasionally dangerous, white-middle-class-ness of this queer space. Experiences with communist and fascist dictatorships, race, rural-to-urban migration, and immigration form the key socio-historical arguments of the volume. Its contributors equally analyze the digital queer spaces created by the Internet, and the dialogue it has created with physical communities in geographical spaces. 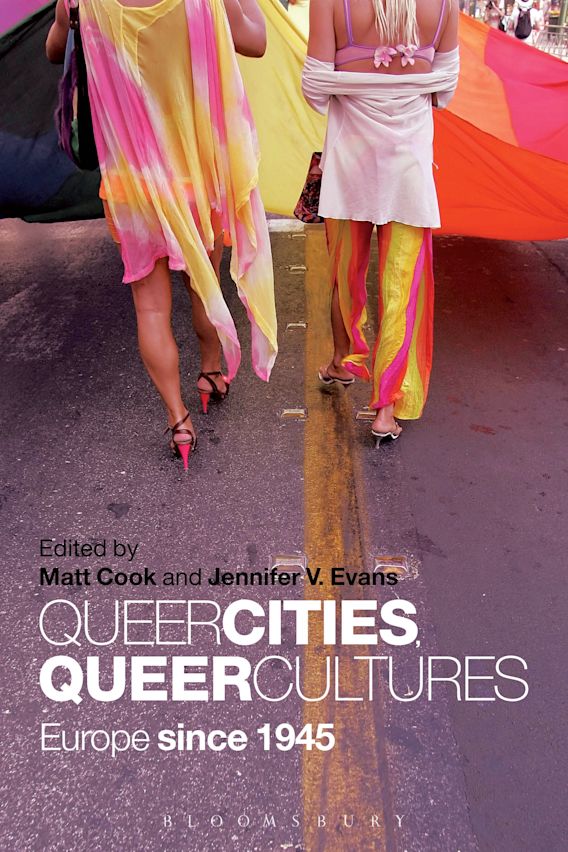 United Queerdom: From the Legends of the Gay Liberation Front to the Queers of Tomorrow (2020), Dan Glass

Writing in the context of a post-Brexit Britain, Dan Glass presents us with a palimpsest of personal anecdotes of his Jewish-British experience growing up queer, testimonies and conversations with friends, fellow activists, and a range of colourful characters, as well as his memories of the collective fight for freedom of his community in the heyday of the Gay Liberation Front. His prose is short, biting, unapologetic and angry; angry at the complacency of the contemporary British LGBT community, and the sense of false security that now permeates these circles. To him, the fight is not over, and the resurgence of paranoia and homophobic violence in Britain is very much indicative of this. Memories of a past fight are designed to re-instill a revolutionary spirit, a desire to get back onto the streets and protest once more. Glass’ individualized account of the days of the GLF aims to draw parallels to our modern-day queer experience in Britain, hoping to inspire the ‘queers of tomorrow’ addressed in his title. He speaks to this generation early on: ‘I’ll see you on the streets. Here’s why’.

United Queerdom can be found here 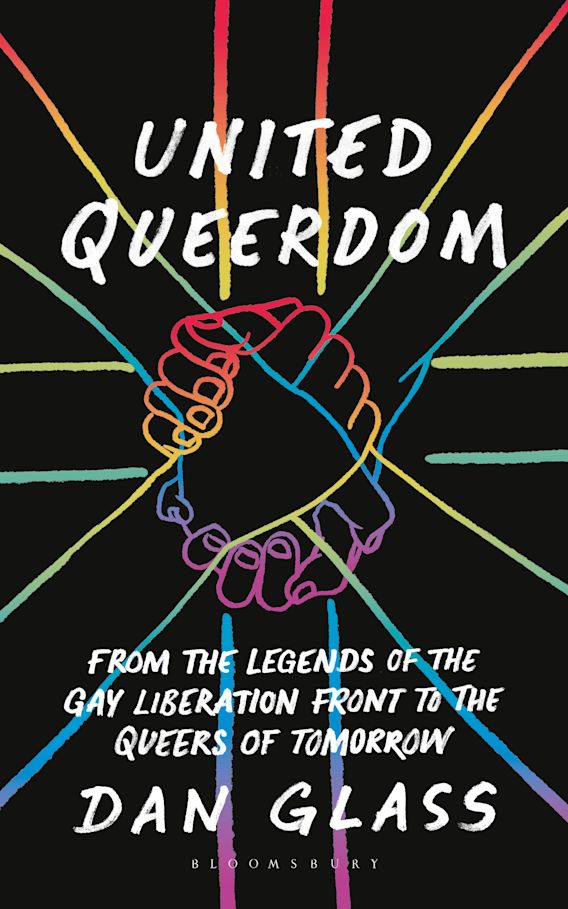 United Queerdom: From the Legends of the Gay Liberation Front to the Queers of Tomorrow (2020), Dan Glass, courtesy of Bloomsbury Publishing

In her 2021 anthology of essays, Tina Dransfeldt Christensen gathers, for the first time, a focused exploration of the literary corpus of Abdellah Taïa, one of Morocco’s only openly queer authors. Awarded the prestigious French literary award for young writers, the ‘Prix de Flore’, for his novel Le jour du roi, in 2010, and was recently nominated for the ‘Prix de la literature arabe’ for his most recent novel, Vivre à ta lumière, Taïa’s work has made leaps towards opening up queer discourse that moves beyond the white, Anglocentric, queer literary scene. His novels are testimonial, autobiographical, haunted by memory and trauma, but they do not get lost in this fatalism. Christensen first places Taïa’s literary voice in a dialogue with North African literary tradition, as well as the fields of postcolonial studies, literary criticism, and queer theory. Dispelling accusations that Taïa’s writing verges on being ‘self-absorbed’, too inward-thinking to accurately discuss the queer Moroccan experience more widely, Christensen instead analyses how this aesthetic of ‘self-absorption’ is a ‘performative’ strategy, working instead to weave his queer Moroccan experience into the space of normativity in the literary scene. His writing is, therefore, an act of ‘commitment’. Throughout her analysis of Taïa’s works in cinema, literary criticism, journalism, as well as his novels, Christensen explores the meaning of ‘world literature’, the role of language in shaping and unsettling one’s sense of identity, as well as the act of writing one’s memory fearlessly, which to her presents a revolutionary act.

Writing Queer Identities in Morocco can be found here 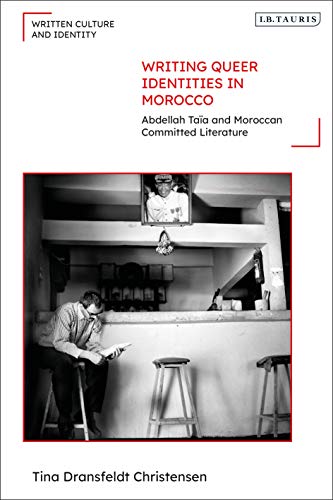 Miruna Tiberiu is an editor of GAY45. She is an undergraduate student at Cambridge University. She has written for numerous publications, including The Cambridge Review of Books, and the Cambridge Language Collective. She is also the co-founder and co-editor of Cambridge’s first all-queer magazine, Screeve. Miruna is currently in Paris carrying out her dissertation research on Franco-Romanian cinema and hopes to continue this work as a postgraduate at Cambridge. To keep up with her work, follow her on Instagram or Twitter @mirunii_t. 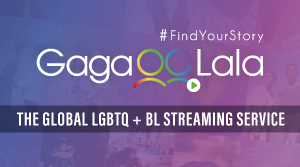