Celebrate the Beauty of the Proletarian Body: Interview with Alexander Schneider, the Creator of @homocommunist

Rarely you can discover something serious, intellectual, and with a meaning on Instagram. We have been delighted to discover the @homocommunist. A very interesting encounter with ideology and eroticism with an academic touch. The page was created by Alexander Schneider, an editor and researcher based in Los Angeles. We decided to ask thim to sit with us for a discussion.

How did the @homocommunist page start? What is the main concept behind the page?First of all, I myself am a homo and a communist. For me, these two things are interconnected, both related to liberation struggles which are inseparable.I studied the USSR and related countries in my professional and academic life and on the side I collected a lot of research and art-related queerness and masculinity from those times and places, and I always wanted somewhere to share them. But I post more than that on my account, which I see as part of a project towards the development of an aesthetic and a history of “homocommunism.” That includes images and stories of all kinds of people I would consider comrades, like queer artists who defied fascist or homophobic governments, or those who celebrate the working class, especially the beauty of the proletarian body. And then there are a lot of men who I just think are hot. 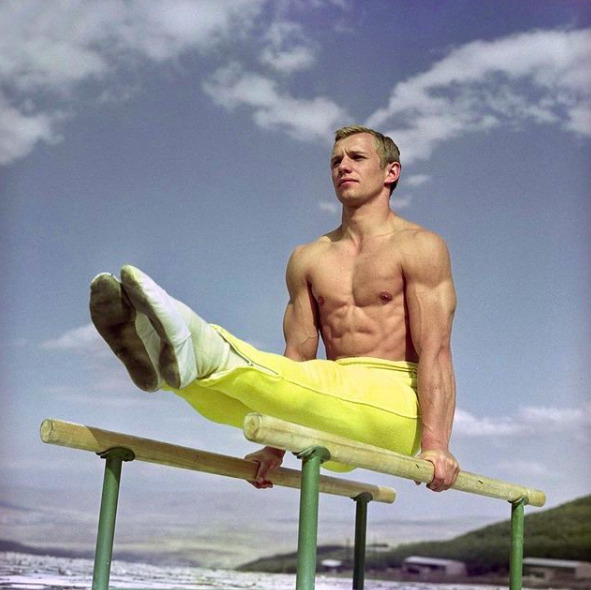 Communism is an economic ideology that advocates for a classless society in which all property and wealth are communally owned. I tend to connect the idea of being communally owned to the gay community, or as we call it in academy micro-society.That’s true. Queer people have always had to come together to create their own spaces, often as a matter of survival. We’ve also created our own cultures, including alternative models for romantic and sexual relationships, underneath and outside the dominant culture. I think this is how many queer people get their first lessons in radical politics: We learn to be skeptical of the status quo, and we learn how to build solidarity.But communism, as I see it, is beyond just a mode of production or ownership: It will be no less than the abolition of everything as we know it. That will include current bourgeois attitudes towards gender and sexuality. The identities of modern “gay” or “queer” people emerged under capitalism, and we don’t know what new sorts of identities will be generated in the next social formation one day in the future. The only way to find out what we’re missing is to demand a new world, a queer revolution.I will even get a little deeper. Instagram is one of the most contested instruments of neo-liberal capitalism. But, as a fact, we use it for our anti-system messages.Can the master’s tools ever dismantle the master’s house? Maybe not. Capital has an amazing ability to absorb, neutralize, and commodify everything it touches, and that includes even the most intense anti-capitalist attitudes. Instagram is the perfect illustration of this: I scroll through my feed, where I encounter revolutionary calls to action from radical political accounts alongside ads and sponsored posts, and all the while my data is being harvested by a tech corporation.I’m also constantly receiving warnings that my account will soon be terminated. Countless other queer or leftist accounts get these warnings too if they haven’t been shut down already. This is why we can’t seriously rely on public social networks for political organizing. But I still like to use Instagram to share images of hot guys. 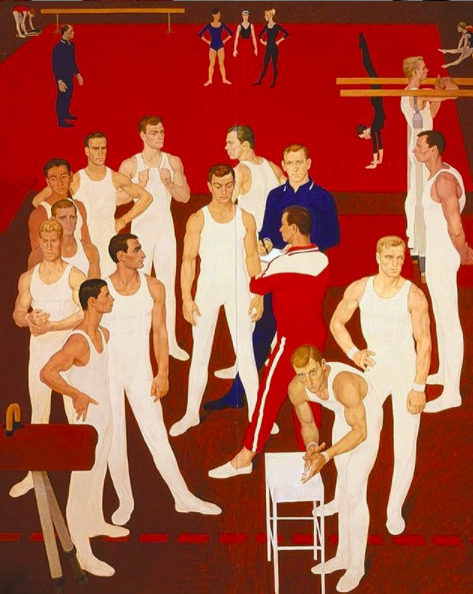 Even here in Vienna the socialist workers depicted on a building seem to hug each other in a homoerotic way. Maybe the worker solidarity was something homoerotic as well.There is definitely a homoerotic element in a lot of socialist art. I don’t think it’s a completely superficial way to read it or one in which we just retrospectively project onto these works because the link between homosexual love and working-class solidarity does have a long history.Walt Whitman, who was probably attracted to men, described the “manly love of comrades” in 1867, and the English poets Edward Carpenter and John Addington Symonds, who were socialists, wrote about Whitman’s idea in letters to each other and affirmed the love between homosexual subjects as “socially hopeful,” a bond that was so outside the norm that it could dissolve class barriers and offer the possibility of building a new social order.I think it’s that “manly love of comrades” we often identify as undeniably homoerotic in a lot of socialist art. Soviet artists like the brilliant Aleksandr Deyneka, for example, depicted healthy, muscular workers, soldiers, and athletes, as well as groups of men at leisure, swimming in the nude or lying on the beach. These paintings sometimes seem sexually charged. Although they don’t necessarily express a strictly homosexual love, they are part of the revolutionary project to construct new types of social relations, based on communal values, and part of that was the idea that the bonds of friendship and same-sex camaraderie could be equal to or more important than heterosexual bonding and traditional marriage. Passion suppresses the activity of thought (which is the essence of the aesthetic life). The ideology represented erotically seems to move the thoughts from the essence of ideology.Political ideology shouldn’t be reduced to only aesthetics—the total aestheticization of politics is nothing less than fascism, with its pageantry, irrational spectacle, and almost occult mysticism. But there is always a libidinal undercurrent of politics and ideology. One of the tasks of revolutionary artists is to steer these drives in the service of building a new world. I’m not an artist, but I aim to harness the libidinal drives of my followers and, for lack of a better term, get them horny for communism.

Would you like to take this page further and transform it into something else, maybe a book?I’d certainly be open to something like that. I’d maybe start a blog and publish some “homocommunist” writing first. But before that, I’d like to develop my account a bit and in particular, include some more equally crucial women and nonbinary queer comrades on it.

Răzvan Ion is the founder of GAY45. A University professor of curatorial studies and critical thinking in Vienna, he is passionate about technology, comic books, the stock market, art, alternative music, movies, literature, and blockchain. More about him here: linktr.ee/razion

Liviu Bulea is a visual artist, curator, and cultural manager. His practice includes a deep interest in LGBT+ micro-society, environmental adulteration, and knowledge of migration. Bulea is pursuing a Ph. D in the relationship between visual arts and urban space at the University of Arts in Cluj. Presently he is living in Paris.